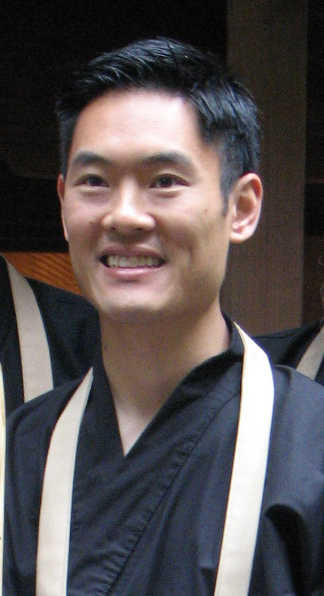 Sangha member Alex Yuan (Anjin Jimon) is leading meditation practice sessions in Arlington, Virginia.  Alex has been a Zen practitioner for many years beginning on the East Coast before moving to Olympia for two years practice at Open Gate. In 2009 Alex moved from Olympia to Deagu, Korea where he practiced (most notably) at the Mu Sang Sa Zen Temple near the city of Daejeon.  Alex now lives in the Washington D.C. area with his wife Soyoung, son Eugene and daughter Vienna.

To all my Dharma brothers and sisters at Open Gate and the Order of the Boundless Way:

I hope all is well with you.
The dharma is spreading...

Starting August 15, 2011 I will be holding morning meditation/ silent prayer for anyone that is interested in attending. I'd really appreciate having other people join me in meditation. 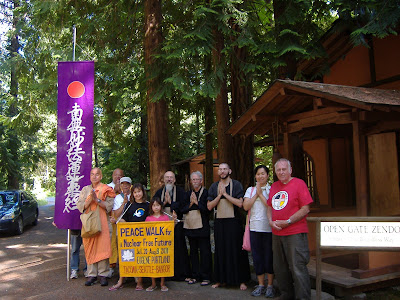 ﻿
On Sunday July 31st Buddhist monks Senji Kanaeda and Gilberto Perez from Nipponzan Myohoji  Temple,  Bainbridge Island Washington, lead their peace walkers to Open Gate Zendo as part of their annual Hiroshima Day Peace Walk. This year's the walk began  in Eugene Oregon, on July 21st and ended today (August 8th) at the Trident Submarine Base Bangor Washington.  This year the walk was billed as the 2011 Peace Walk with “Each step as a prayer for world peace and a nuclear free future.”
The Nipponzan Myōhōji is known in the west for its Peace Pagodas (stupas) in many locations around the world. It has also been known for many high profile peace pilgrimages undertaken by its followers.  Founded in 1917 by Nichidatsu Fujii, Nipponzan Myōhōji  is a non-proselytizing religious movement that emerged from the Nichiren sect of Japanese Buddhism.
Posted by Koro Kaisan at 11:08 PM 0 comments 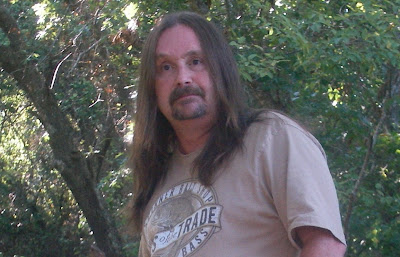 Hodo Steve Thompson (of Empty Mind Zendo) would like to introduce his new student Harry Hale. Harry originally began studying Buddhism nearly 40 years ago and has had a long wandering journey that has finally led him to study Boundless Mind Zen with Hodo san.   Hodo has officially taken Harry as a student and asked him to submit the following letter as his introduction to the sangha.
Dear Sangha, of The Order of The Boundless Way,
My name is Harry Hale. I live in a rural area of  about 45 miles NW of the Dallas Fort Worth area. I am 56 years old, a father of five and a grandfather of five. I have been married 11 years to a very wise women named Julie, she is a elementary school teacher at a school 40 miles from our home. Her children and my children our grown, so we have the luxury to enjoy our grandchildren when we wish.
I began studying Buddhism at an early age. I was 17 when I was first introduced to meditation, but I was influenced by the Hara Krishna movement of the 60s. Bhakti yoga, or Pure devotion to God, it didn’t seem to fit. I was raised a Christian. So I began studying the bible looking for relevance in my life. I was Baptized in the Catholic Church in 1984, as a "reborn" Christian, but I didn’t feel reborn. I began to drink and use drugs for some years. Then I happen to make a Narcotics anonymous meeting and stayed with that program till 1997, About this time I started reading books on Buddhism again and anything about the teachings of Buddha. I had been teaching myself as best I could, but knew I needed a Teacher. You can find plenty great books on Buddhism and Zen practice, but in rural Texas, there just aren't any teachers.
Then I found out that I had Hep-c, and they wanted to treat me with an experimental drug. I thought about it. I felt if I could do this, to help find a cure for this disease it would be a good thing. So I began treatment, and the treatments took so much out of me, I was bed stricken. I made a Mala and began chanting the few mantras I had learned.
When I started feeling better I got on line and found, ”Meditation in “. That lead me to the in , They Practice the methods of Tibetan Lamrim. The Vajrayana. This is a Very esoteric . I got discourage quickly, because it seemed they were more about making money than they were in teaching the Methods of the Lamrim. I was given, through partaking in ceremony, anointed a Dhrama protector “,Dorja Shogun“, and a Medicine Buddha blessing Mantra to use as a method of "purification".    So then I found another in , Wat Lao Tippimint, A Buddhist tradition in the Theravada way of Buddhism. Soon, I was allowed to sit in the temple and watch them perform their ritual form of prayers and offerings. Then I was allowed to participate in the chanting of prayers. But I felt that the cultural difference between me and the Laotians was a barrier to really understanding their way of practice.
So, I developed my own solitary practice. I constructed a small shrine in my garden, I began reading Zen Buddhism by T.D. Suzuki, then to anything Buddhist; Jack Kornfield, Philip Kapleau, Alan Watts, the Dhammapada, Joseph Goldstein, Pema Chdron, Shantideva, and many, many more. The oldest reference being, The Upanisads and the Kelsins. I practice a very simple form of Buddhism today. I rise very early and do A stretching meditation, I enter my garden and bow, I sit and meditate for about 30 minutes, I place flowers and Incense on my shrine, and I just pray for everyone’s happiness and well being. I then attend to the animals and vegetables and fruit that are grown on the farm. Then to help Julie with what ever I can, to help her get ready for her classroom of 30 children. After she leaves, I am alone for about 9 hours. So I read, meditate, get on-line and talk to other like minded people and enjoy my life of happiness as a simple kind person.
I was given a year to live because of the Hepatitis-C, which was never cured. So I practice with the intent to be a Buddha someday……..All and all, I find life remarkable and as precious as the air we breath. I will be looking forward to getting to know all of you.
With my deepest respect
I bow to you all
Harry Hale
﻿
Posted by Koro Kaisan at 10:51 AM 0 comments