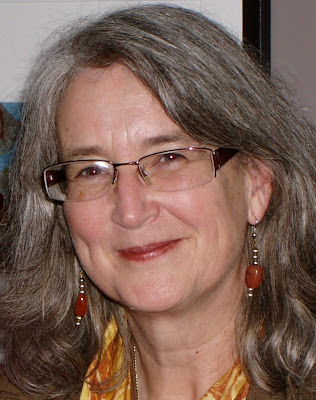 Hello,  my name is Maitri Sojourner I live in with my husband, David.  Our two children are now grown and have “flown the nest”.  I currently work for the State of , Department of Commerce managing three programs that help low-income people become more self-sufficient.  I am also a practicing artist, and am currently working in several media—painting and fiber work mostly.  In my art I usually explore themes of communication and interconnectedness.
About seven years ago I reached a point in my life where my Christian upbringing was not enough—I felt there was something missing.  I began reading various literature about Eastern philosophies, and found that I gravitated to Buddhism (and also somewhat to Taoism).  I also took my present name to more accurately reflect this new focus in my life—“Maitri”—from the Sanskrit for “loving kindness”, and “Sojourner”—someone who is on a journey.  I no longer consider myself Christian, although I learned many admirable things from that faith.  I now take what I consider to be a larger view of the universe—one in which we are all connected, we are all one.
Late last year I was invited to Open Gate Zendo by a friend and sangha member and have been attending ever since.  I have come to believe that the philosophy of Boundless Mind Zen and the Order of the Boundless Way suits my understanding and fits well with my own spiritual journey.  I feel fortunate to have found the Open Gate Zendo sangha and I wish to continue to study, practice and enjoy this community of spiritual friends as I develop my spiritual intelligence. I have officially requested to become a a student of Boundless Mind Zen with the intention of becoming a member of the Order and I look forward to the continued opportunity to study with the sangha, my friends, in the Order of the Boundless Way.
Deep Bow,
Maitri Sojourner
Posted by Koro Kaisan at 2:48 PM 0 comments

Eighth Day of the Twelfth Month 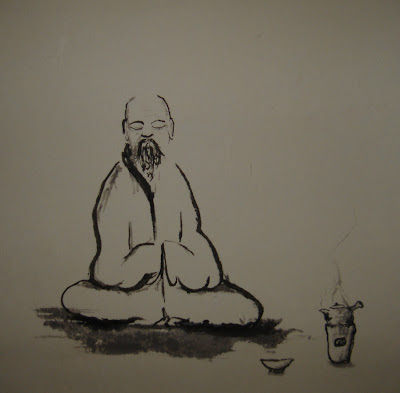 Something I once read
Rohatsu brings satori
Eighth day, the twelfth month
In the Japanese Zen tradition, Rohatsu is the day celebrated in recognition of the Buddha’s enlightenment.  The word Rohatsu means the eighth day of the twelfth month and was originally tied to the Chinese lunar calendar. Due to the misalignment of lunar months with the solar year, this typically places Rohatsu in early to mid January. However, due to the adoption of the western calendar by the Japanese, the day of Rohatsu is most typically celebrated on December 8th as the eighth day of the twelfth solar month.
Nevertheless, many traditional temples, monasteries and modern Zen Centers still observe (or have returned to observing) Rohatsu in January, according to the original lunar tradition. Sometimes this is done because of tradition, while at other times it is a return to the original time frame based more on modern calendar conflicts.  For those of us living in the West (or heavily influenced by the Western culture), December is a very busy month with the eighth day of the twelfth month landing smack in the middle of the Holiday Season.
For the last few years, this clashing of cultural traditions has led to the reconfiguration of Rohatsu recognition at Open Gate Zendo.  In order to allow those of us who have friends and family who are fundamentally “not Buddhists” to participate fully in the Holiday Season, we have moved our Rohatsu Sesshin to mid January.  Typically, this Winter Sesshin coincides with the Martin Luther King three day weekend and the Sunday afternoon silent peace walk around ’s (as it will again this year).
However, in observance of the December tradition, we continue to recognize “the eighth day of the twelfth month” with our evening practice session nearest to December eighth. This year, this special Rohatsu practice session will be on the evening of Wednesday December 7th and will begin at 6:45 PM.
Below is the practice schedule for this year’s December Rohatsu Eve:
6:45    Call to Zazen (Han Roll)
7:00 - 7:30  First period of Zazen
7:30 - 7:35  Incense Ceremony
7:35 - 8:05  Second period of Zazen
8:05 – 8:30 Tea Ceremony and Teisho
8:30    Closing Gatha
The Open Gate Rohatsu/Winter Sesshin will be held January 14th - 16th
Posted by Koro Kaisan at 5:35 PM 0 comments

The Hermitage of Winter 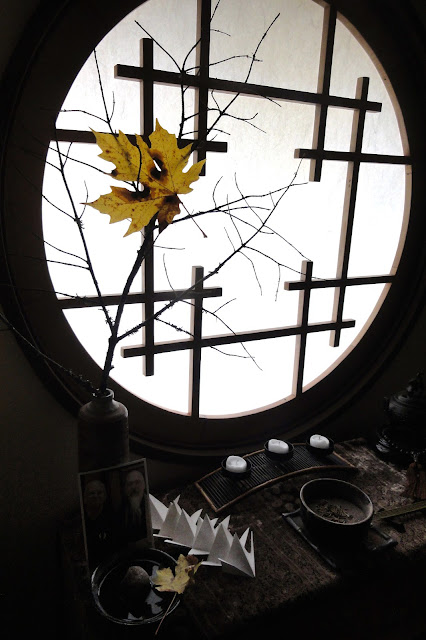 It was an intimate Fall sesshin at Open Gate this year, a two day respite from the thundering roll of modern life. Rain fell steadily throughout the day on Saturday with Sunday becoming dryer but noticeably cooler. The sound of the rain on the roof and tumbling from the eaves was reminiscent of chanted sutras echoing from distant halls.

The openness of the paper windows and intimate proximity among the fir and cedar trees gives one the feeling of being snuggled in the bosom of Mother Nature; far beyond the artificial cares of the work-a-day world. Every sound of the forest and pattering raindrop drifts through the hall as if it were happening inside. Inside and outside lose their boundaries as sounds mingle with thoughts, both fading away as echoes in the mind.

Autumn marks the beginning of a period of deeper practice for the Wayfarer. Life slows as falling leaves mark the coming of shorter days, winter weather and evenings by the fire. The intimacy that comes with staying indoors and longer hours of darkness that come with the season is ideal for those of us in the contemplative traditions. Traditionally, in southern Buddhism the rainy season was called Vassa and was the only time that monks really stayed in the monasteries. In Zen and the Northern latitudes, this became the period of the 90 day Winter Retreat (known in Korean Zen as Dong Ahn Geo) and is typically the longest period of continuous deep practice.