Retreat Hut at the Island Hermitage 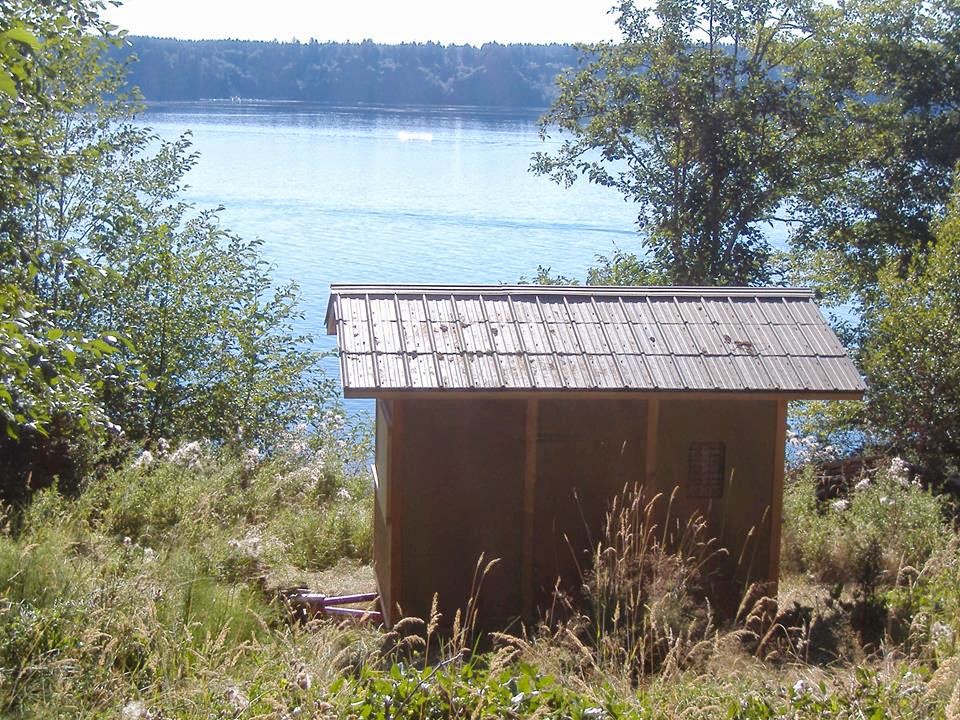 We had a great adventure this last weekend delivering the first hut to Clouds and Water Hermitage. It was a beautiful, albeit hot, summer day. The adventure began when we discovered that the weight of the Hut had compressed the trailer springs just enough to cause the tires to rub on the fender support brackets, so we had to remove the fenders. This technical difficulty caused us to start off nearly an hour later than planned. However, we were optimistic and proceed to the ferry dock at a lumbering 45 miles per hour. 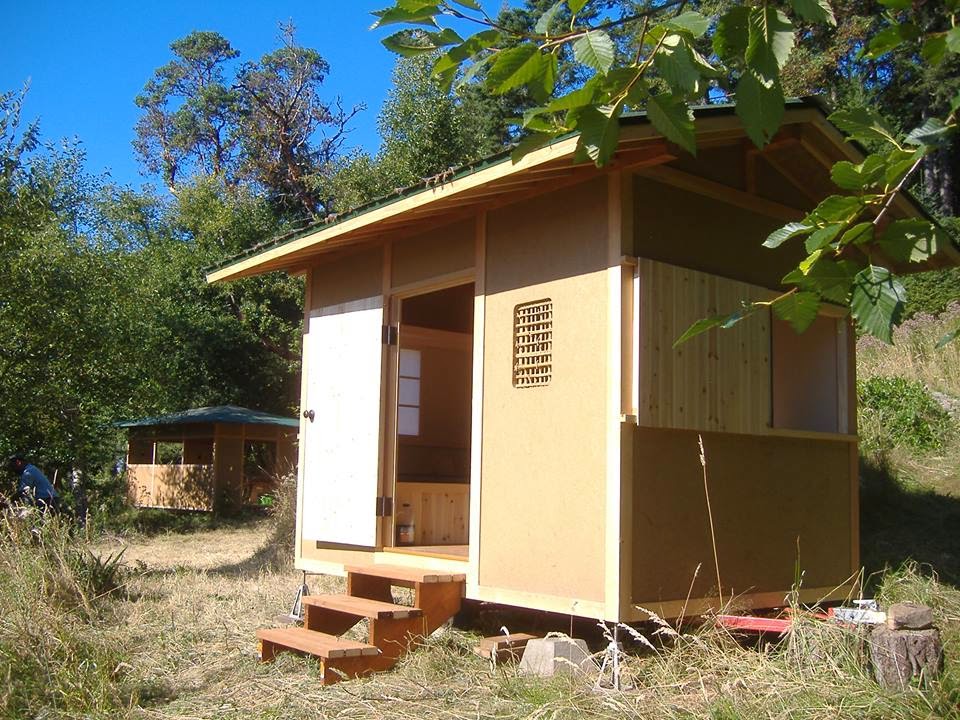 As it was, we missed the morning ferry just by a few minutes, but missing the boat, is missing the boat, even if by a few seconds. So we settled in at the ferry dock and waited for the next run, which wouldn’t happen for five hours.  This gave us plenty of time to have a leisurely breakfast at a local restaurant, take cat naps and give tours of the hut to curious folks, who like us, were waiting for the ferry. 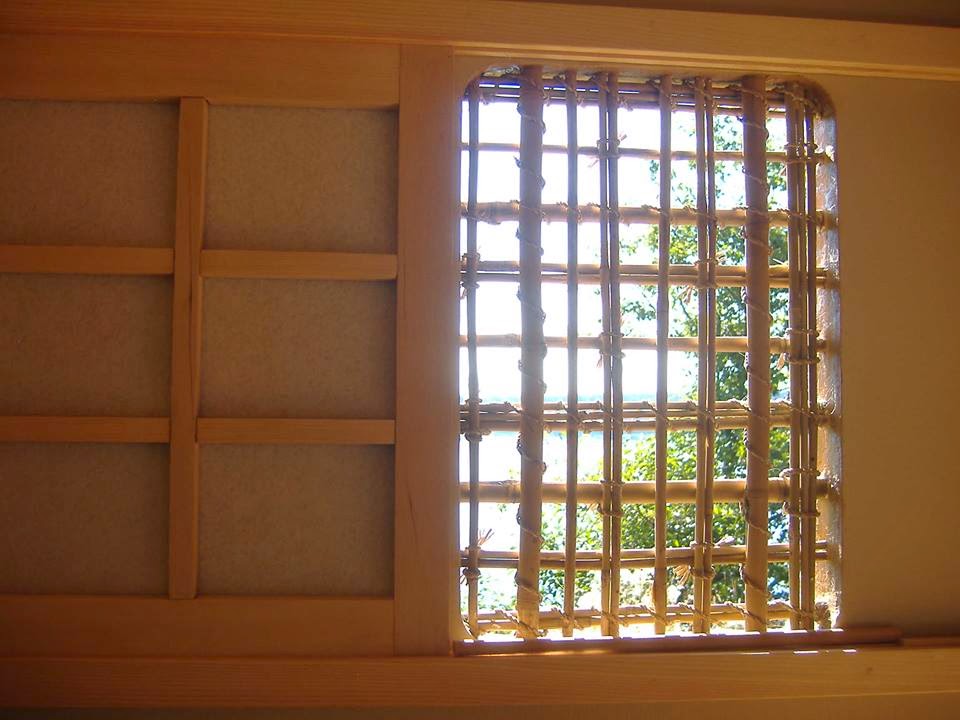 Placing the hut was exceptionally arduous because the driveway was too narrow and we could not use the truck, so we had to push it uphill and into place by Sangha Power! Everyone joined in pulling from the front and pushing from the rear to muscle it into place, but we managed to get it placed exactly as we wanted.

Jessica Morgan has sent us one of her wonderful slide shows documenting our adventure, from the driveway at Open Gate to the perch overlooking the ocean cliff.

As shown in the photos, the eves fold down to allow road transport, and this worked remarkable well. The hut is built in the post and beam, plaster walled manner of a Japanese Tea house. It has two matching bunks, each with shoji windows, shelf above and storage under the bunk. The future plan is to build a small deck to replace the temporary stairs and hide the fact that the hut is on a trailer. 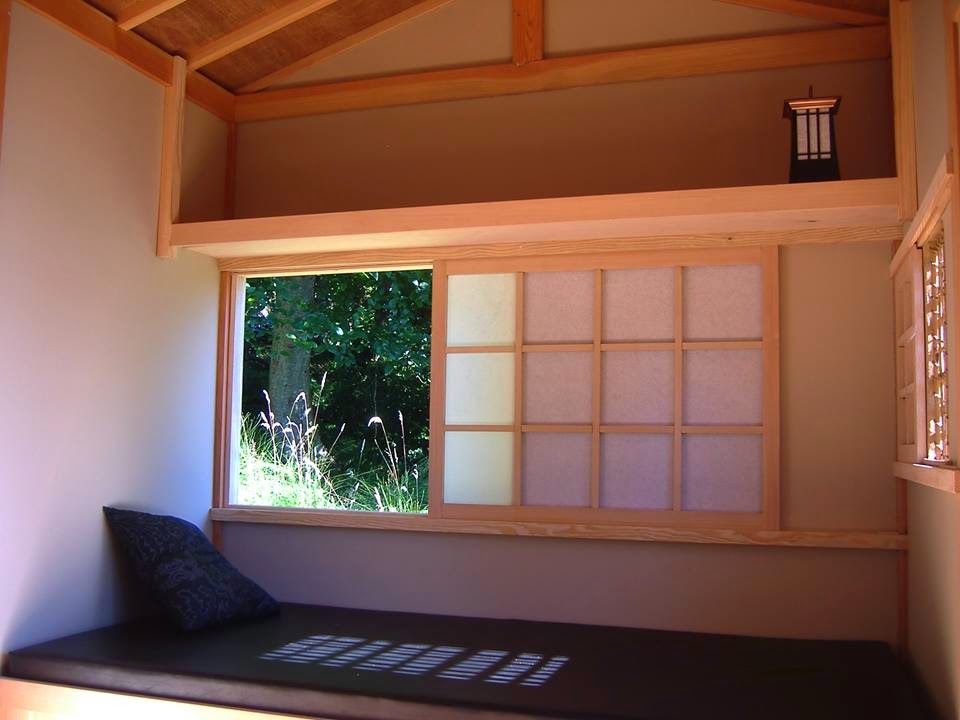 A very special thanks to everyone who contributed to the hut, both in cash donations and sweat equity. I hope everyone will take time and enjoy some private retreat time, and maybe do some weed whacking therapy. :-)