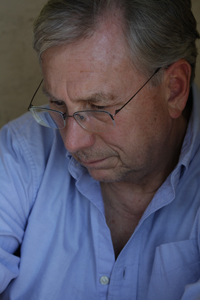 My Life is my practice
Each breath,
a new moment

My curiosity regarding spirituality began when I was endeavoring to earn a coveted God and Country medal in scouting. It was a beautiful and impressive medal, and it would only take 12 months of bible study and weekly meetings with the pastor to earn it. When asked of that pastor to explain the Trinity (father, son, and holy ghost) as opposed to just one 'God', he replied 'one must believe that they are all the same'. I remained confused with that answer, and have been ever since, sparking my skepticism of organized 'belief' systems, aka religions. While I can't now remember all of the names of the books of the Old and New Testament, in their respective order, I have that medal still though.

In the early 1980's I began to study Zen, reading the usual texts by Suzuki, Watts, but especially Richard Alpert, starting with his text 'Grist for the Mill'. I studied many of his other works, and was fortunate enough to attend several of his lectures. His humanity is humbling.

In the recent years I have been introduced to more texts on Zen and similar spiritual works, notably Bryon Katie, Charlotte Joko Beck, Wayne Dyer, Pema Chodron, Depak Chopra, and Adyashanti. By far though, my heart is so very deeply touched by the humor and grace of Anne Lamott.

But working with Miles is where the rubber meets the road. Laughs, tears, touching of hearts, he has brought me further into the light and joy of loving what is, and pointing to a place where we can all enjoy and cherish this miracle of life.

Charlie lives with his partner Jessica Morgan, artist/photographer, and Aysel,Cat of the Realm, in Tumwater, Wa. In his spare time he also practices planting/weeding/mowing, jazz guitar, being a Big Brother, dabbling in chess, tai chi, and counting his blessings.﻿